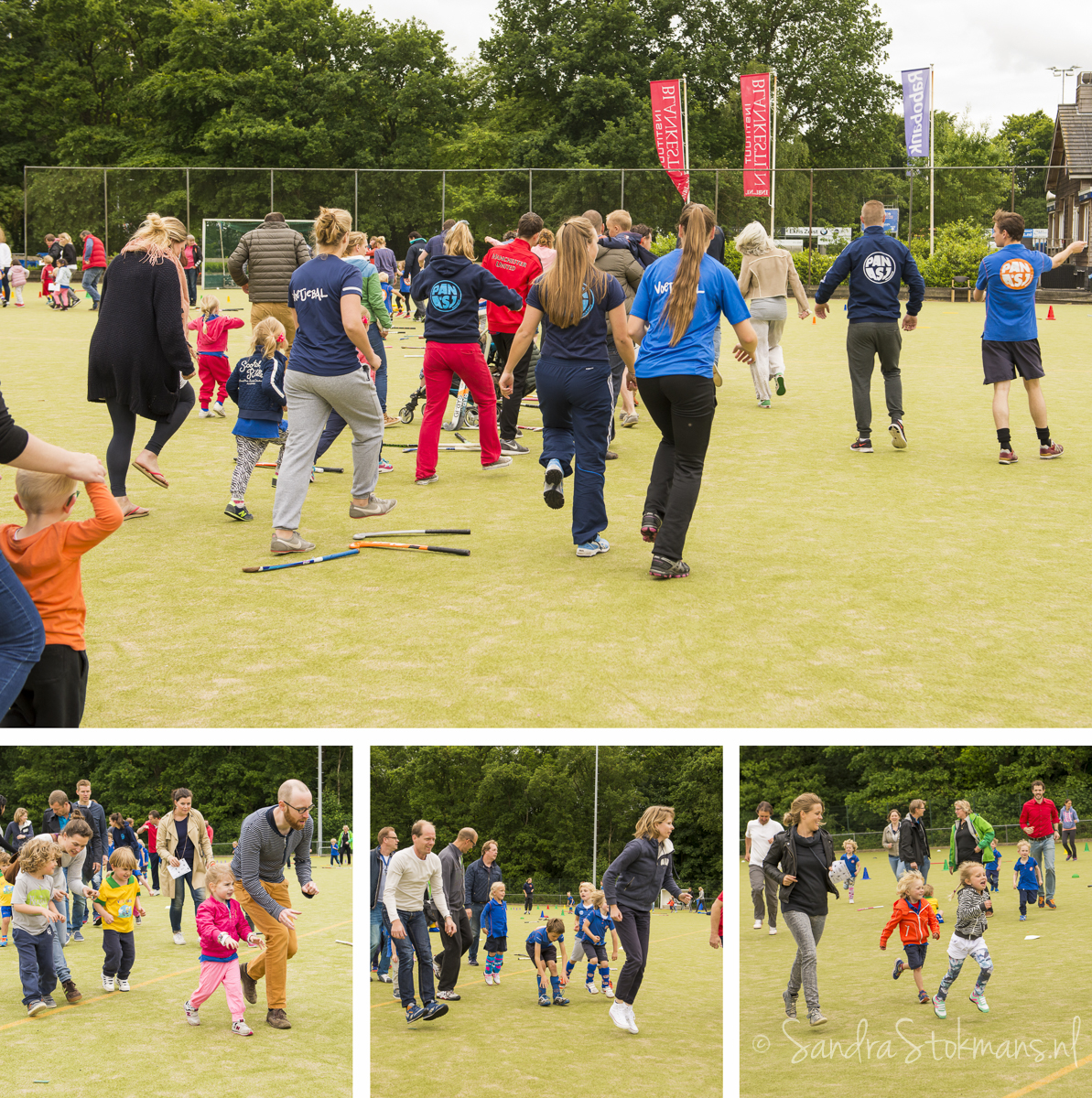 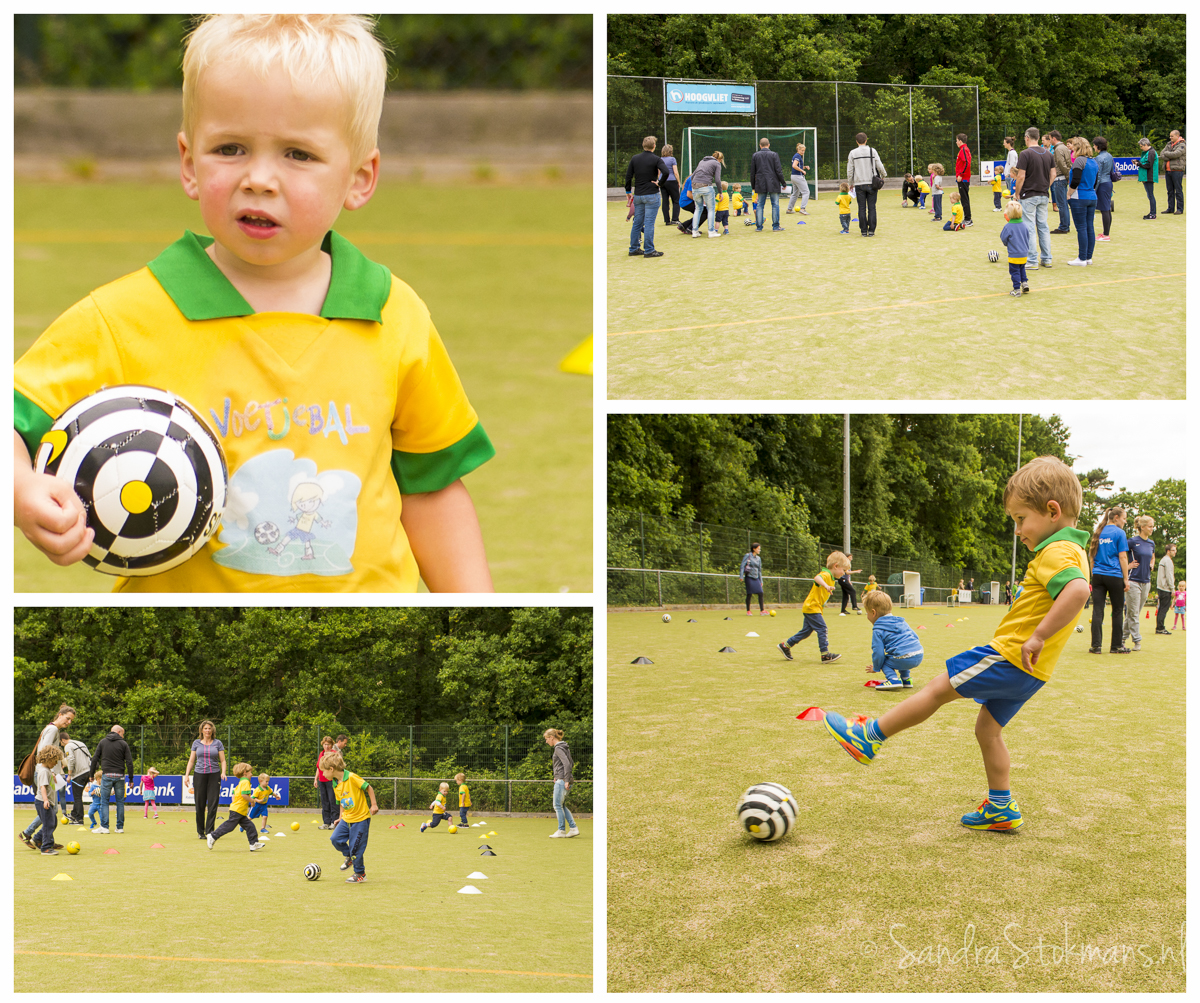 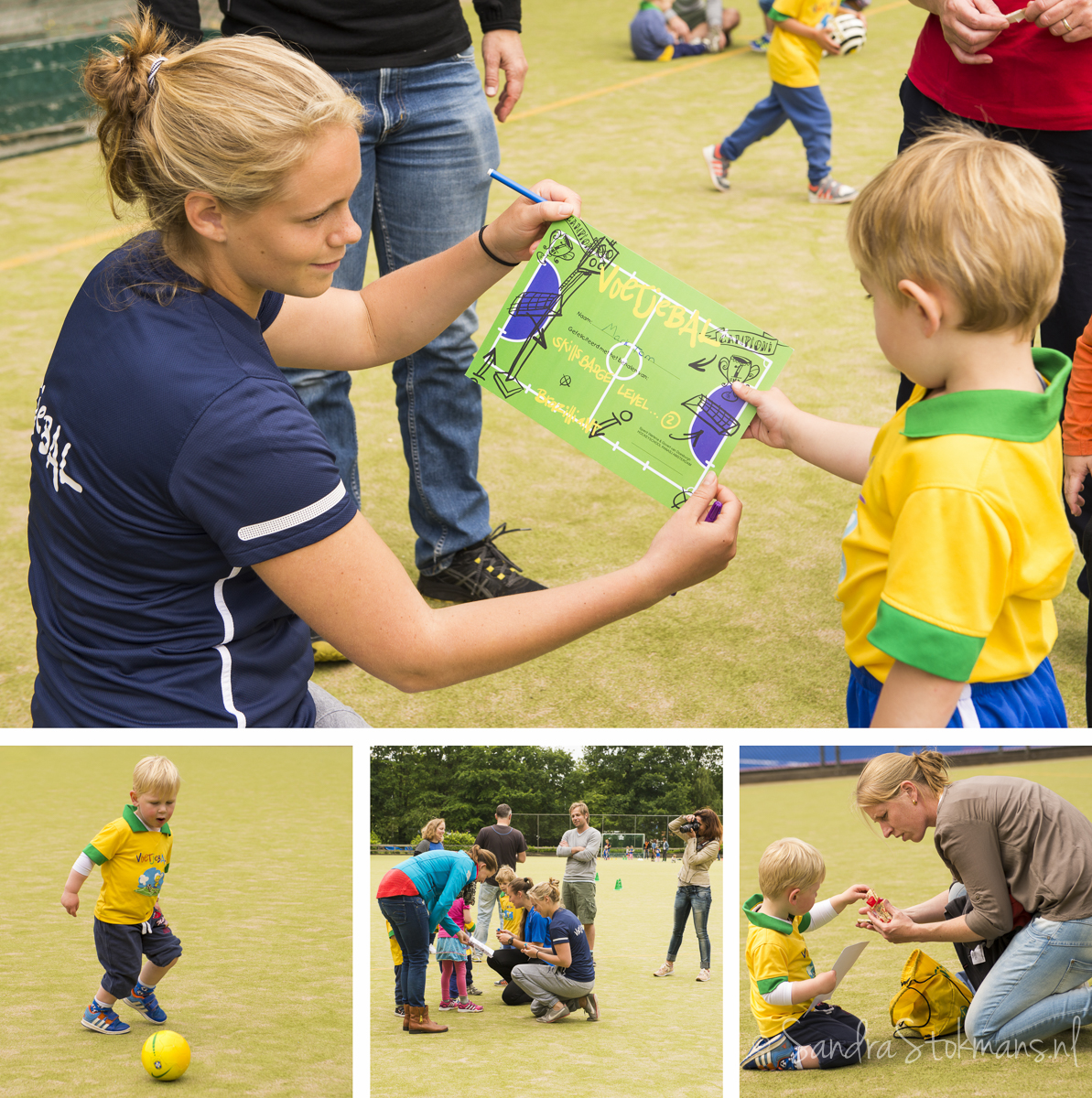 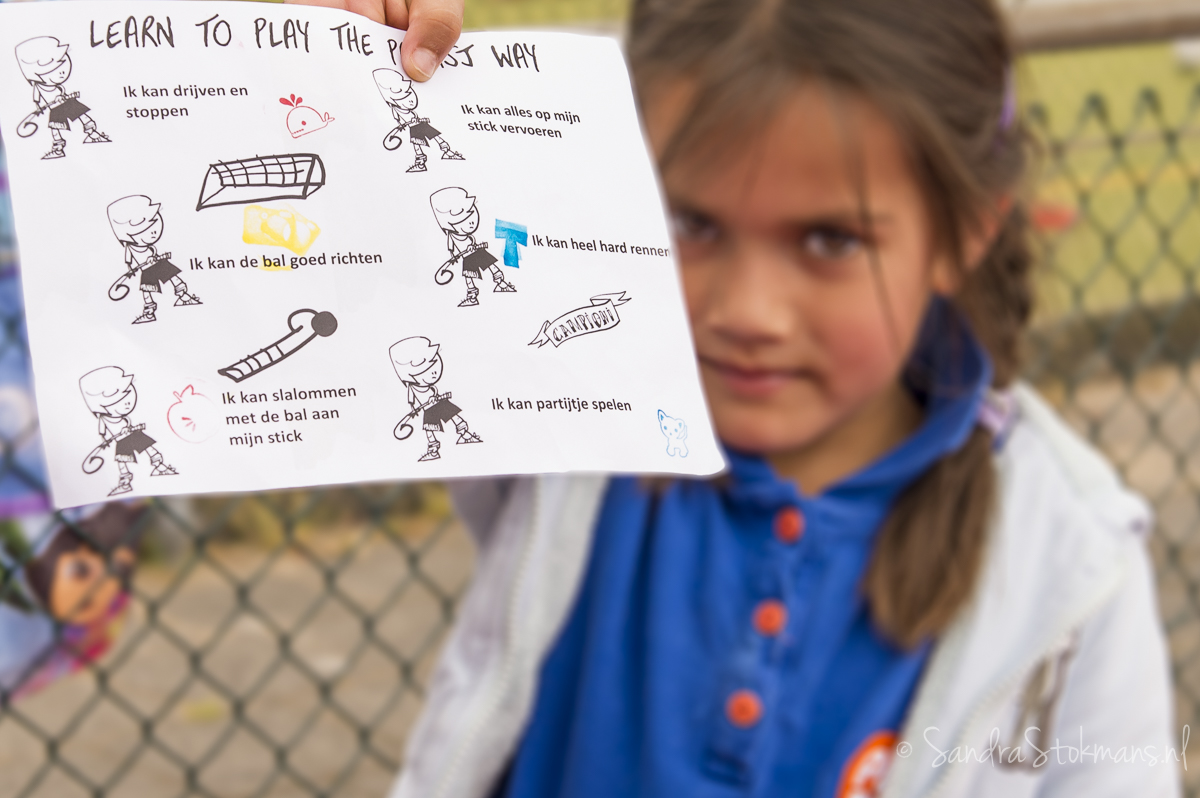 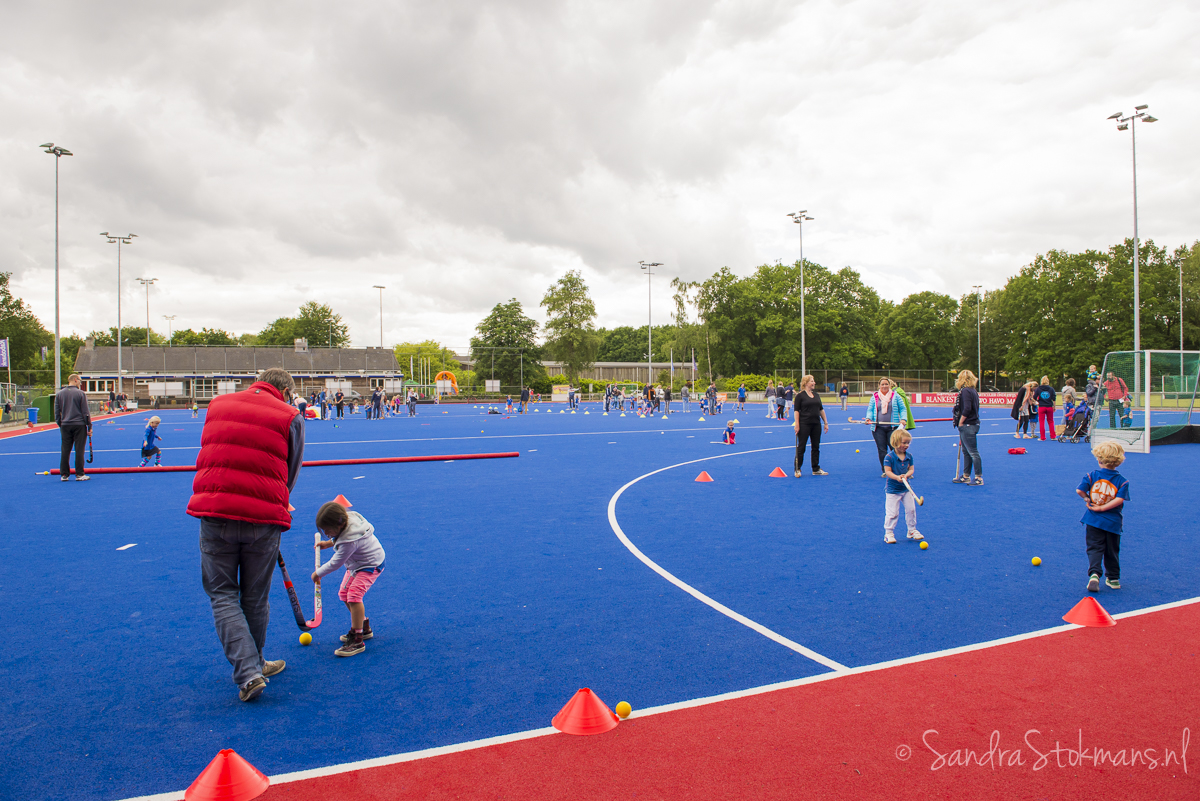 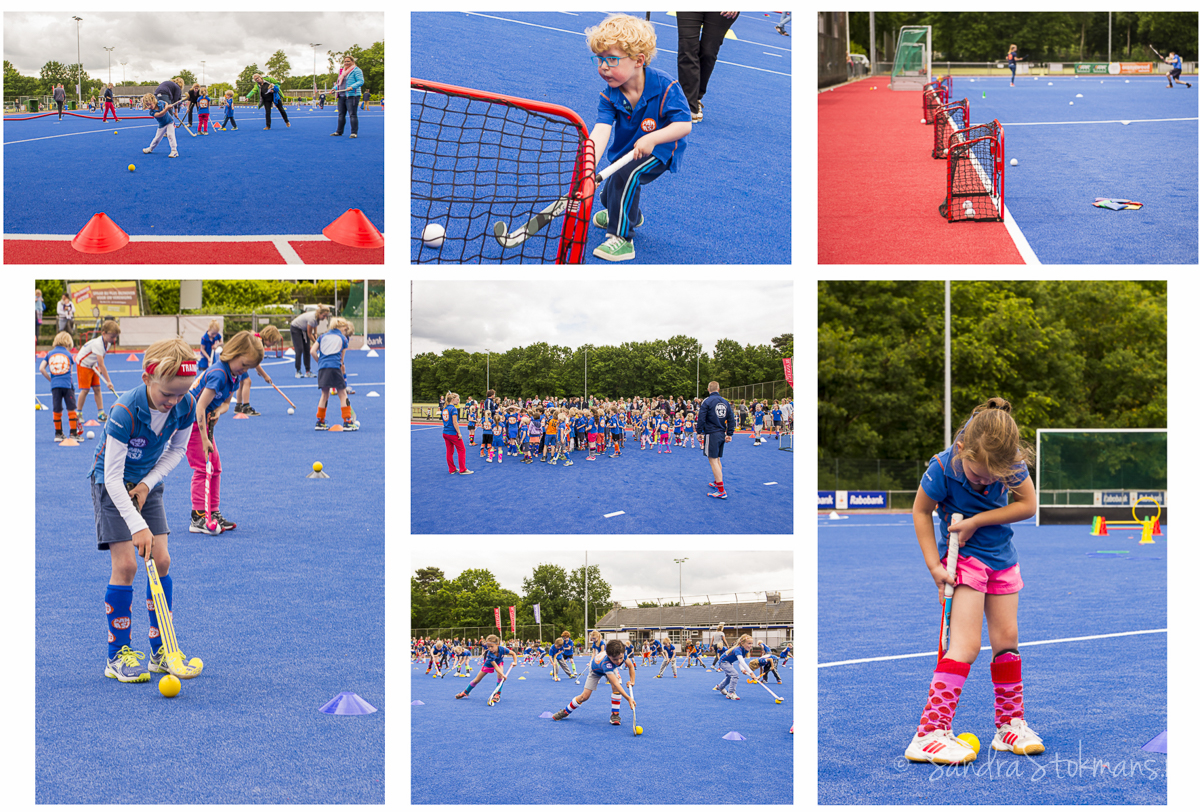 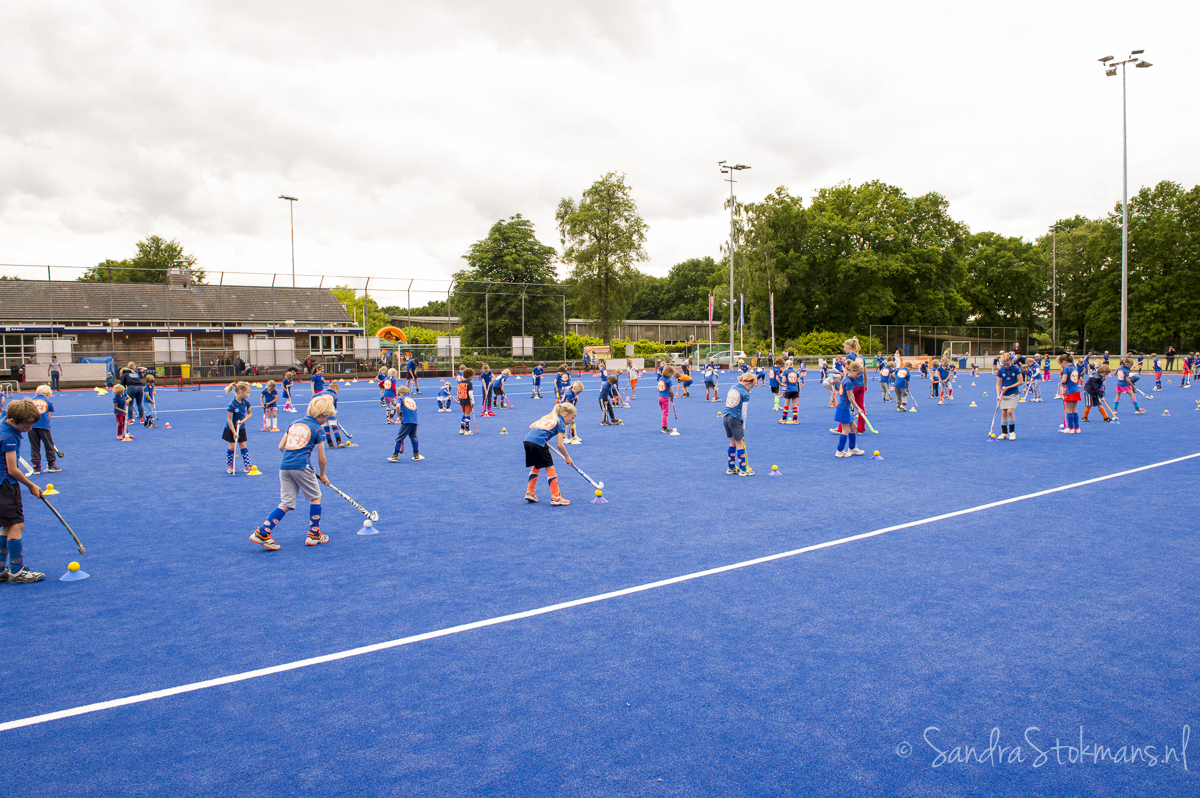 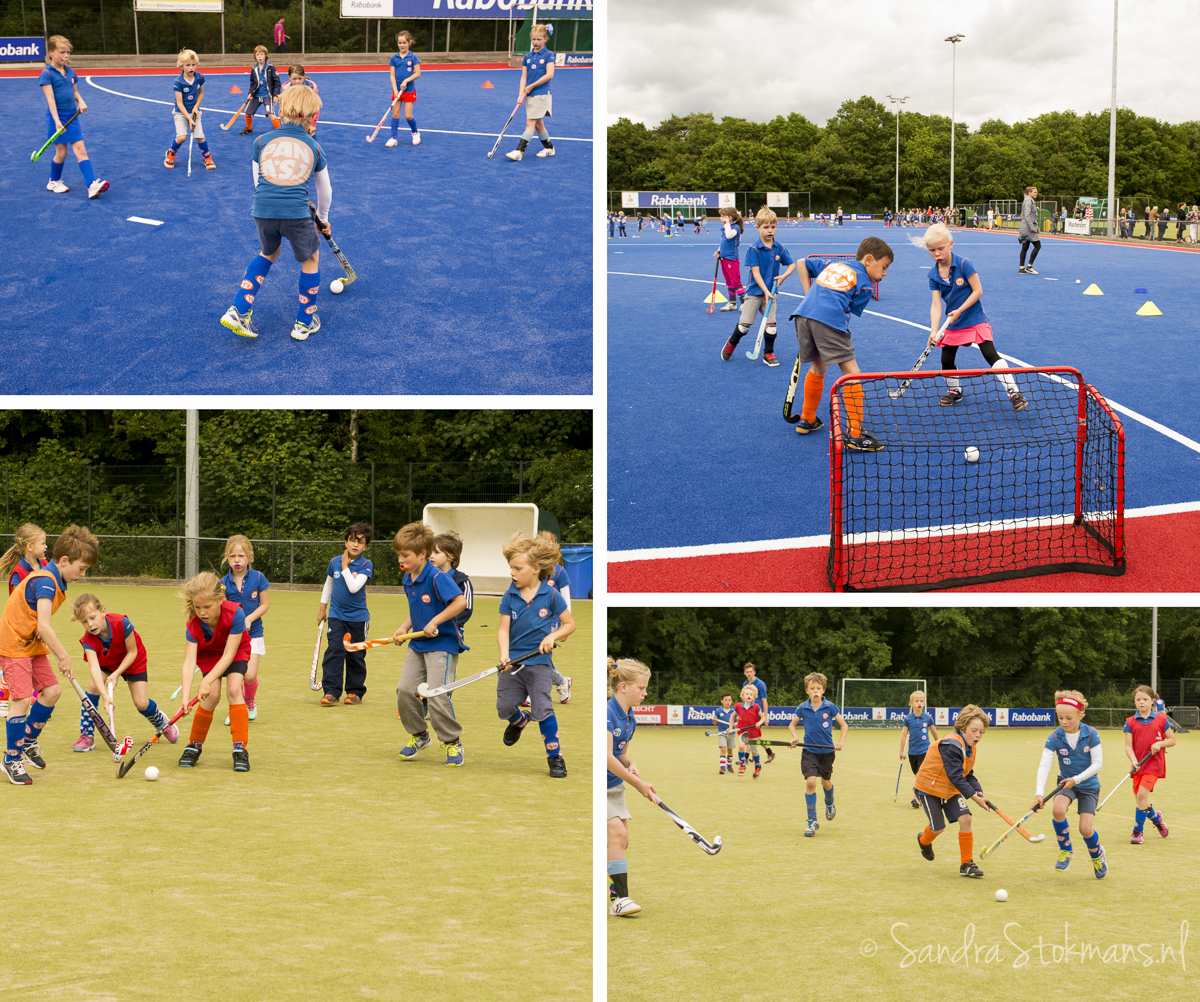 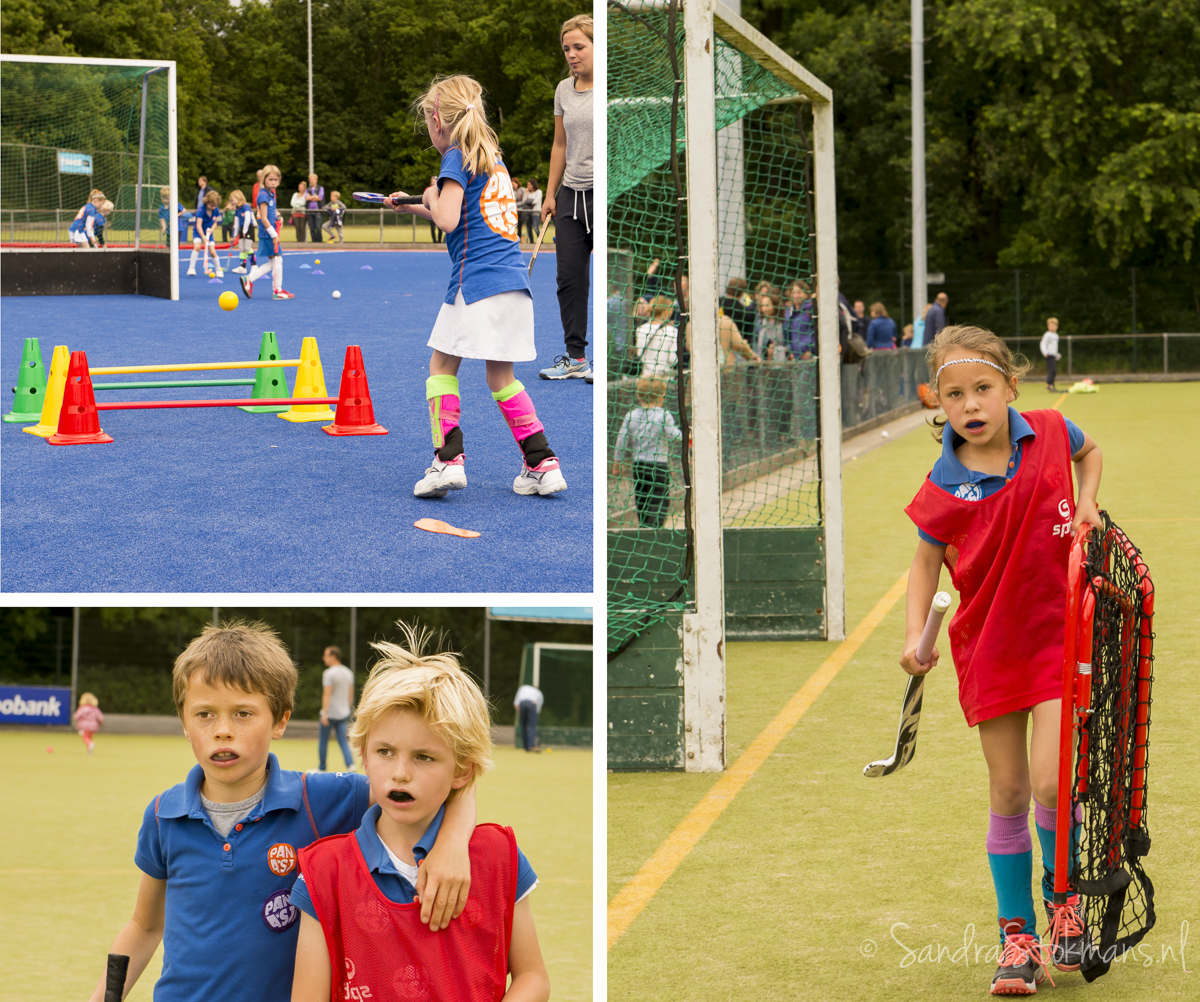 Taking pictures on the final day of Panasj and Voetjebal

About two weeks ago I wrote the blog about the Benjamin Tournament, the end of the hockey season for the smallest children of a Dutch hockey club. I also wrote about Panasj, the hockey school for children aged 3 to 10 years. Tim Schols, founder of Panasj Utrecht-Vechstreek, approached me and asked if I wanted to take pictures of the final day of Panasj and Voetjebal.

Of course I wanted to do that! As you might have understood from my previous blog I am very excited about Panasj. We were one of the first Panasj-goers when it started in Maarssen. Our son was a very agile, enthusiastic busy little guy, and we were looking for an outlet all that moving around. My boyfriend found a film on YouTube about this concept. We investigated whether this concept was in Utrecht, and we were very surprised to find out that they were starting in the village next door!

We signed up and have not regretted it a single day. The first two years as a parent you participate. It’s great to do something like that with your child. So as a parent you walk like a bear, stomp like an elephant, sneak like a tiger, jump like a frog, run like a horse etc;) (Dirk Scheele song “Ik loop, ik loop ‘). A training for the little ones always starts with this as its warming-up. On the final day of the season they start with this song as well.

Voetjebal is the only special football game concept in the Netherlands for children ages two to five years. The group is still small, but if the concept catches on as Panasj did, then there will be dozens of children within a few years.

Back to the fieldhockey

Immediately after the warming-up all the children with their parents and their checklist (Learn it the Panasj way) spread out to different activities. They show their tricks; even playing a game at this young age. If they do the activity (correctly) they get a sticker. And full checklist gets them their diploma and a present. When you see with how much fun the kids participate and do the exercises, the moments when they exercise and participate are less (or not at all) are soon forgotten. They are so little when they start, their attention span is not very big (this is taken into account with the exercises) and sometimes they go through phases in which they simply do not want to “what you want them to do, or they should be doing”;). And these moments are just there and that’s oke. Everyone understand and there’s space for that behavior both during training and during this final day. Just keep Panasj-ing :)! It’s more than worth it.

All the trainers, often self avid hockey players are there. You immediately see the interaction that the kids have when they see their trainer. And everywhere you look they help the children in carrying out the activities. Having fun for and foremost! Two hours later the older children begin to trickle in. These kids train without their parents. They have been doing this since their fifth year.

The field is ready. Everywhere you look are colored counters with a ball on it. I wonder what they are going to do with those. This soon becomes clear. All the children must show some moves together, including indian dribble, the figure of eight, the scoop, and something they wanted to show like a half a moon … … Its pretty cool to see dozens of children playing hokey this way, the sport they like, Panasj will give them a very clear advantage onze they stream into the regular clubs at the age of 6. And more important than technique is having fun in hockey. They learn how to play hockey from boys and girls that have so much fun playing hockey themselves.

Almost every week my son comes home from a training with a new trick he learned. After this joint action, with the parents taking pictures and videos of their kids, they are divided into groups. Each trainer has a game, practice or contest on the program. And these kids love playing a game! It’s their great pleasure 🙂 . Above is a small selection of the pictures I took that day. I also made a photographic film of the day!

This website uses cookies to improve your experience while you navigate through the website. Out of these, the cookies that are categorized as necessary are stored on your browser as they are essential for the working of basic functionalities of the website. We also use third-party cookies that help us analyze and understand how you use this website. These cookies will be stored in your browser only with your consent. You also have the option to opt-out of these cookies. But opting out of some of these cookies may affect your browsing experience.
Necessary Altijd ingeschakeld
Necessary cookies are absolutely essential for the website to function properly. These cookies ensure basic functionalities and security features of the website, anonymously.
Functional
Functional cookies help to perform certain functionalities like sharing the content of the website on social media platforms, collect feedbacks, and other third-party features.
Performance
Performance cookies are used to understand and analyze the key performance indexes of the website which helps in delivering a better user experience for the visitors.
Analytics
Analytical cookies are used to understand how visitors interact with the website. These cookies help provide information on metrics the number of visitors, bounce rate, traffic source, etc.
Advertisement
Advertisement cookies are used to provide visitors with relevant ads and marketing campaigns. These cookies track visitors across websites and collect information to provide customized ads.
Others
Other uncategorized cookies are those that are being analyzed and have not been classified into a category as yet.
OPSLAAN & ACCEPTEREN