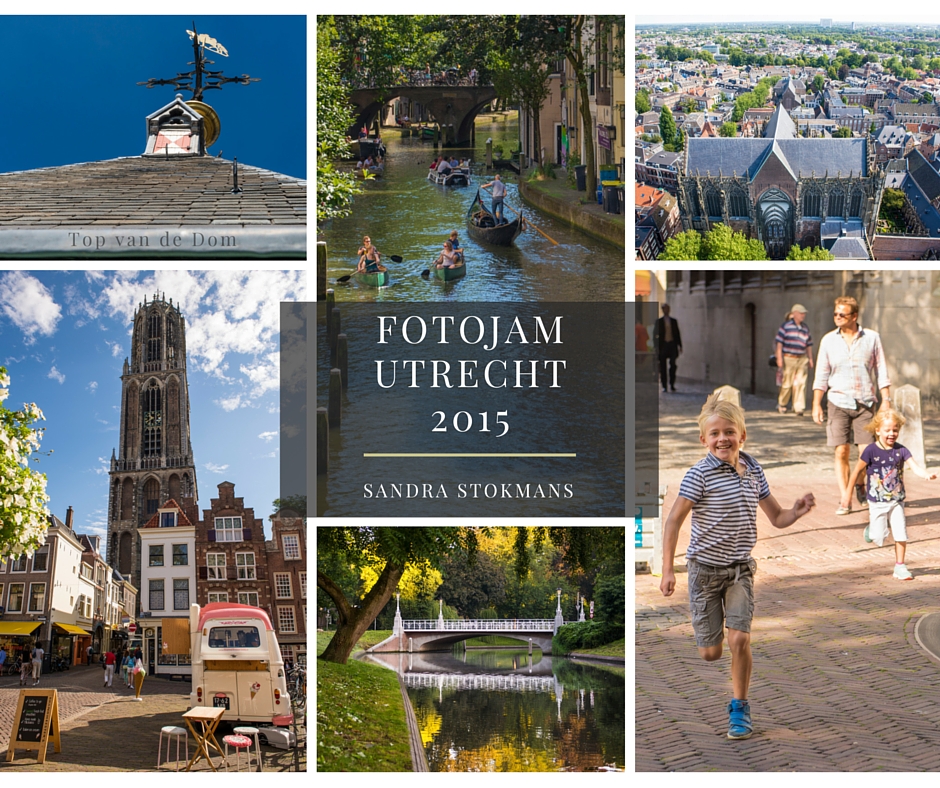 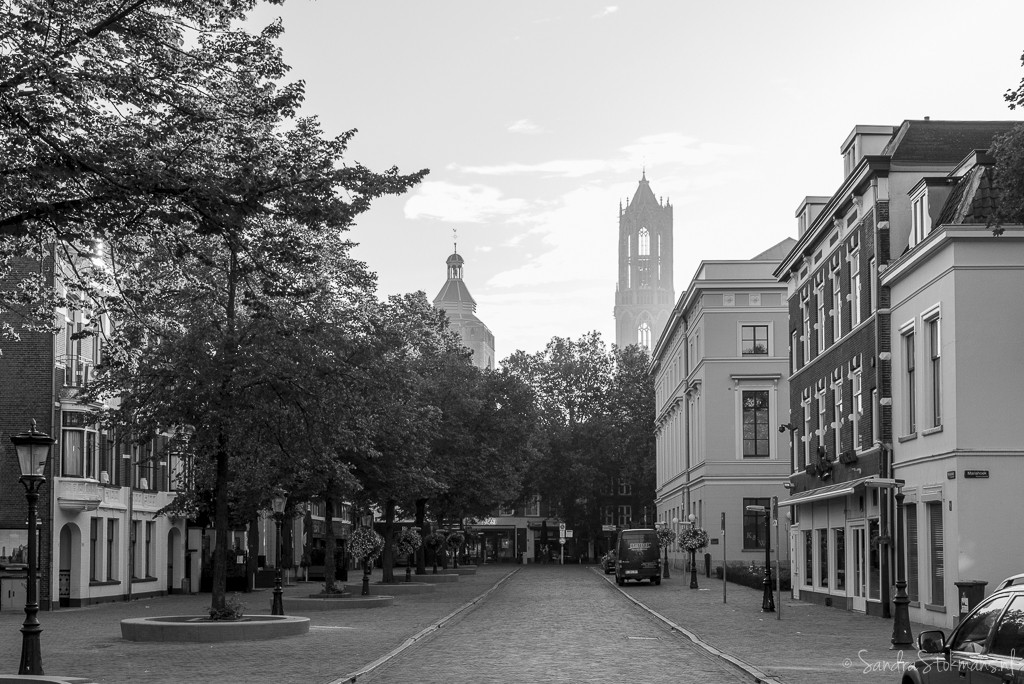 Opdracht 2: Fotografeer VERKEER en BEWEGING in je stad. Take a picture of traffic and movement in your city. 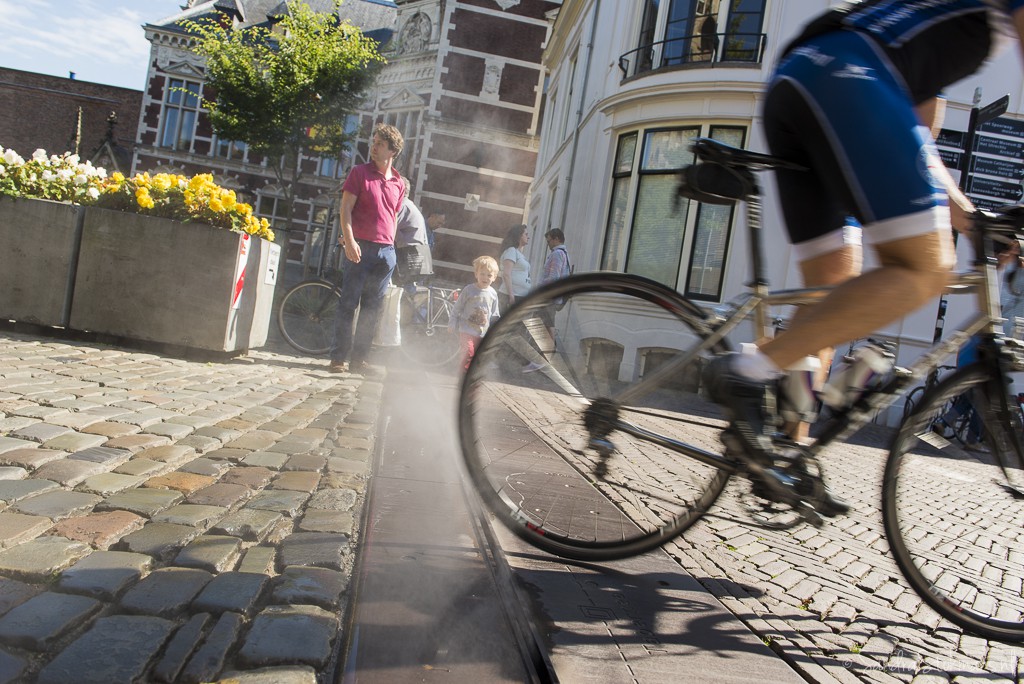 Opdracht 3: Fotografeer ROMMEL in je stad met een kleine scherptediepte. Take a picture of clutter in your city with a small depth of field. 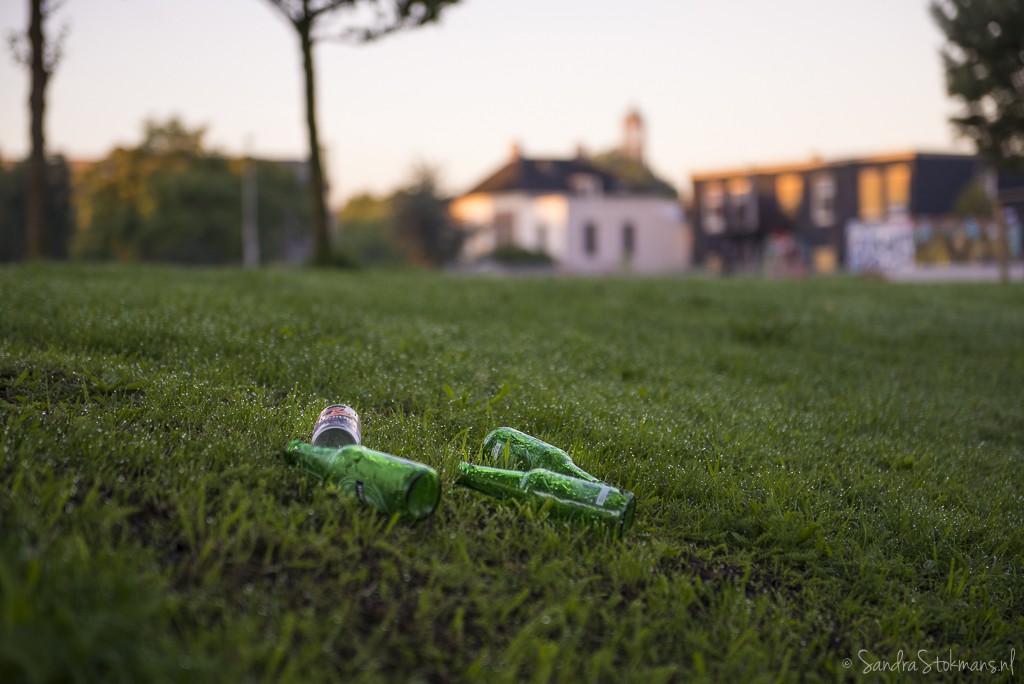 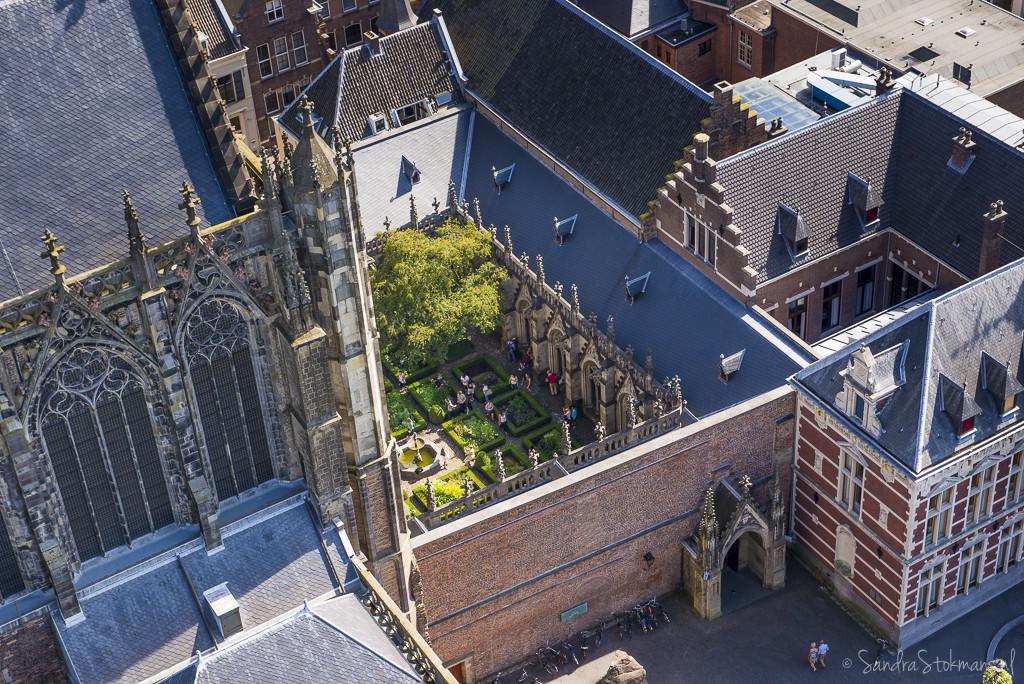 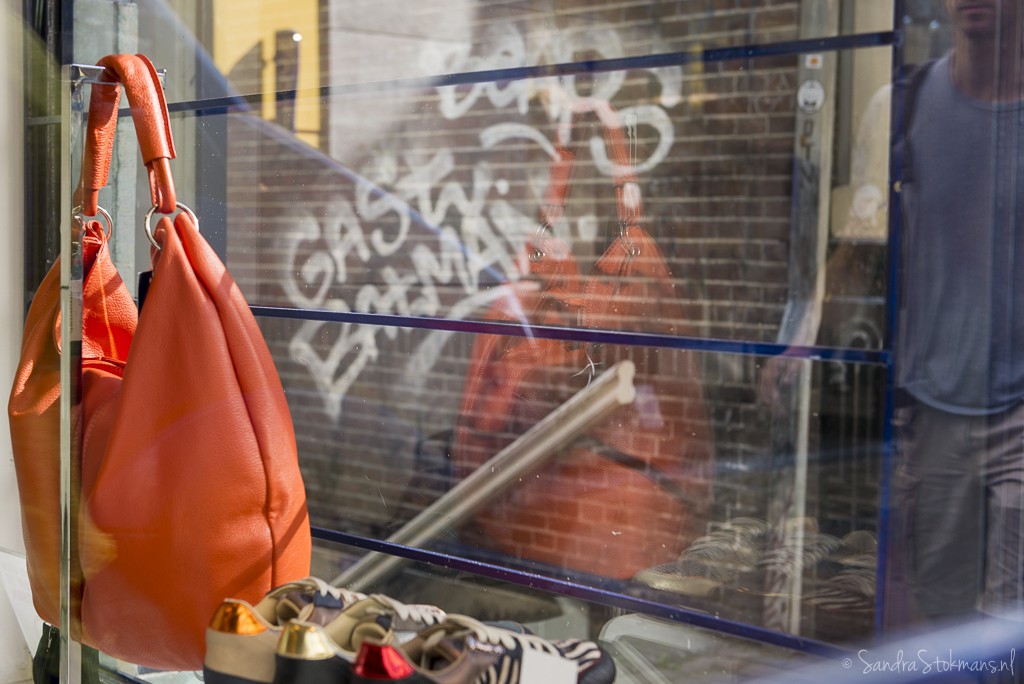 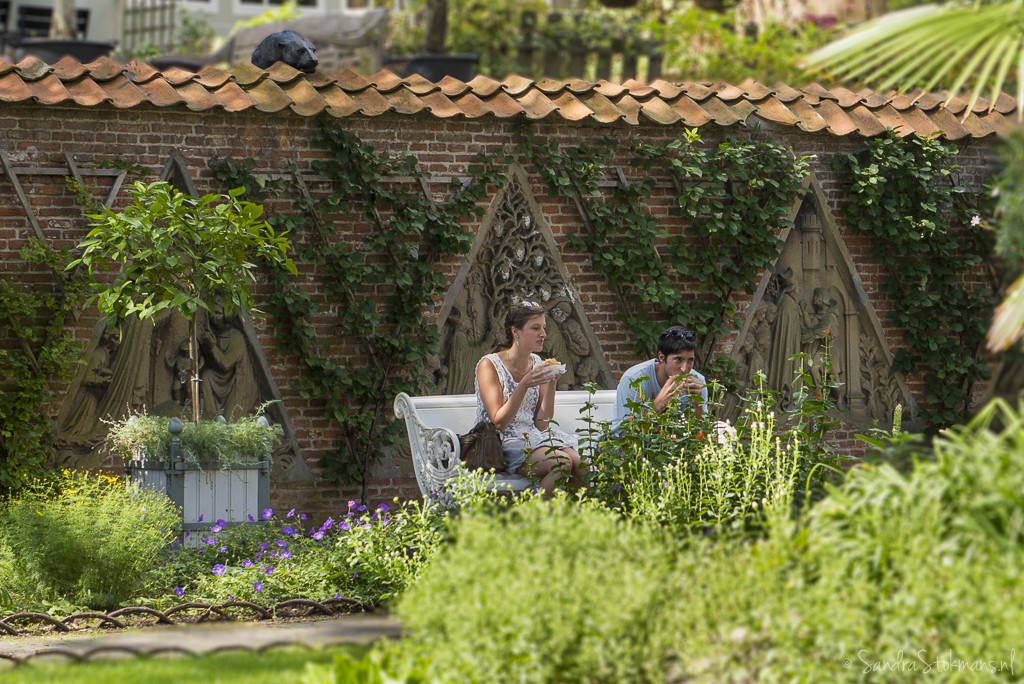 Opdracht 7: Fotografeer een KERK. Take a picture of a church. 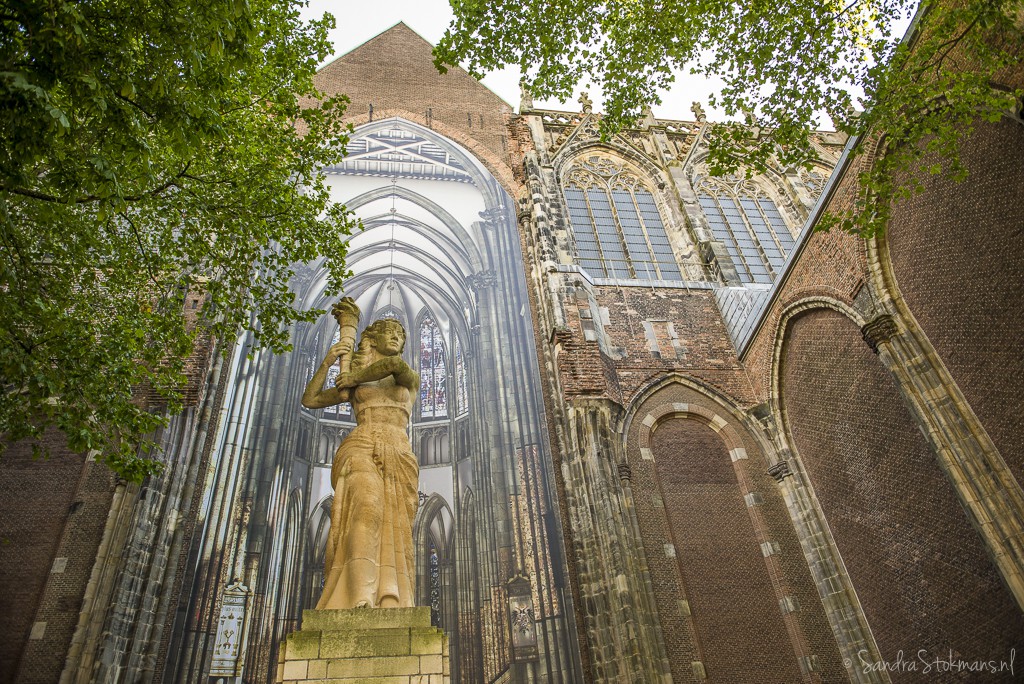 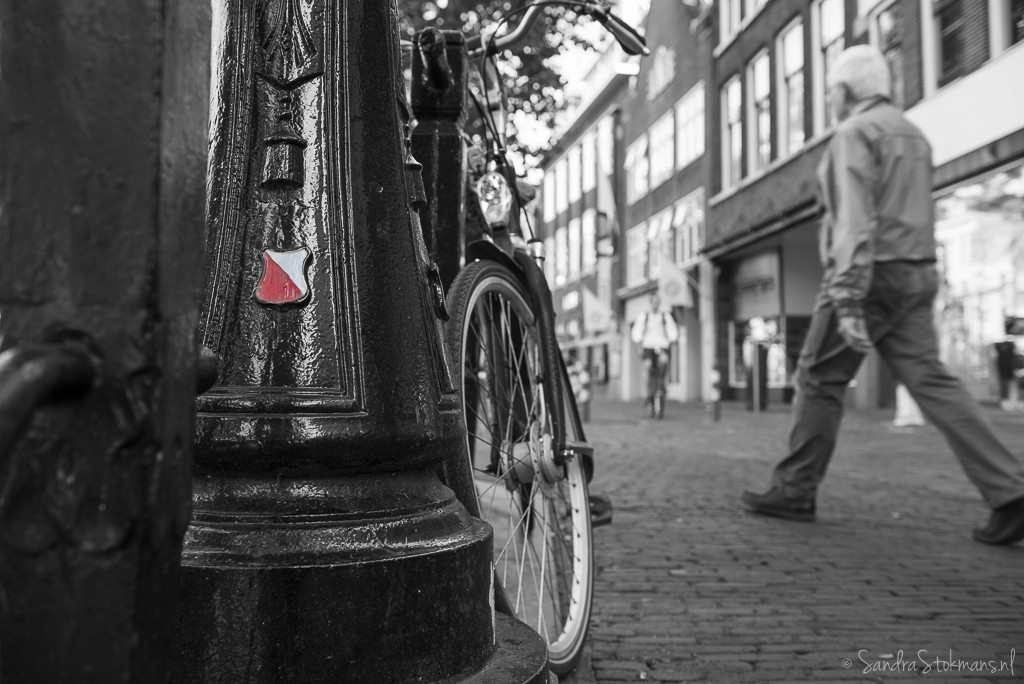 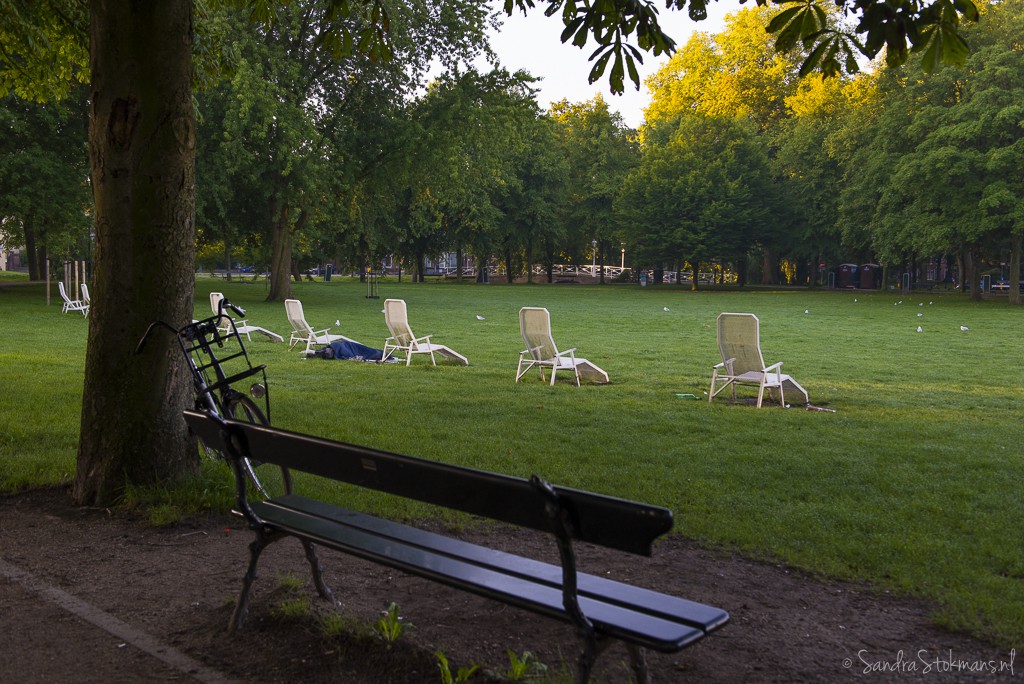 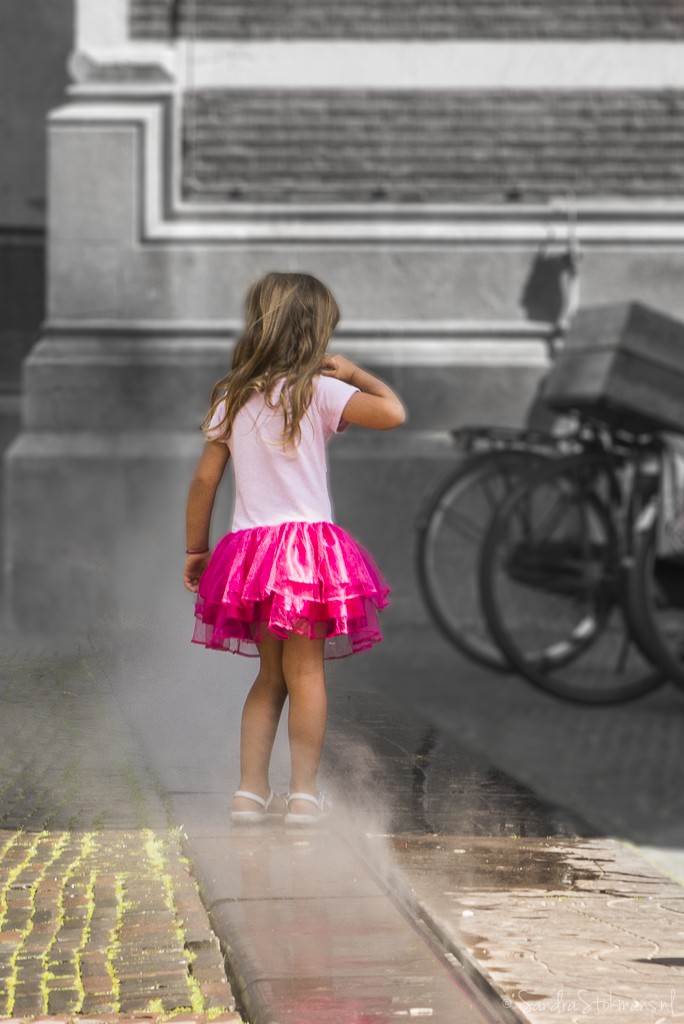 FotoJam, a new photography event, was a success!

With> 1000 participants (3500 submitted photos) the first edition of the FotoJam in the Netherlands has been a success! I saw a colleague photographer post this event asking who would join her. And I saw the post pas by several times on Facebook. I actually do not easily participate in this sort of thing. But if you see a post pass by a few times you start to wonder if you want to join. At one point I thought why not? It is an event for everyone who loves to photograph. And it’s also nice to occasionally do something different with your photography.

Currently I’m working on further developing my photography business, and that is very exciting. So I am now mainly engaging in social media (visibility), expanding my blogging, learning more about how some channels work like Google+, Business Facebook, LinkedIn, and starting mailmarketing, etc. And with photography itself of course: for a book which will be released soon, a few websites that need imagery, information-carrying photos, for my blogs. Secondly: web design, or ‘pimping up’ a website. The combination of providing material and contributing ideas and designing a web design suits me very well!

Back to FotoJam :). As I said, it’s nice to occasionally do something different. At least when I am traveling and I see beautiful sights, buildings or beautiful moments I will always try to capture those. But if you are at home in your daily routine of work, kids, sports and something new comes along, it’s fun and interesting to participate

FotoJam was organized for the first time this year in nine cities in the Netherlands and one city in Belgium. Its mission is to motivate as many people on a certain date, in this case August 29, to go out with their cameras into the city and to have a great day of photography. You get 10 assignments (previously posted on the website approximately 10 days in advance, one day at a time elaborated with examples, tips, etc.) all of which you can perform in the city of your choice.

I chose Utrecht, due to the fact that I live in the same county, I was born there and I also think it’s a nice, ‘cozy’ city. First I wanted to go with a girlfriend because it’s nicer to do these things with a friend, and … you always have a model when you need one ;). I had asked a couple of girlfriends but they all had their own activities that day, so I ended up going alone. At 6 o’clock the alarm went off, after turning a couple of times, I managed to get out of bed a little later. On the way to Utrecht the fog was quite low on the polder fields, with that beautiful light which comes along with the rising of the sun. It occurred to me that I would get up earlier some other day to take a couple of pictures of such a beautiful sight.

My first photo I shot around sevenish in the Griftpark. I drove past that park, on my way to another park in the city center, Park Lepelenburg. Someone had advised me to be there early because it would have been pretty busy with all kinds of people. At Griftpark I made the picture for the assignment with Clutter (see above). After taking pictures there I made my way to Park Lepelenburg. There was not a soul except for one person who had packed himself from head to toe because of the cold and was sleeping on the ground between the the sun loungers. Which struck me as odd, why not sleep on the sun loungers? Anyway, I’ve never seen a city park with sun loungers. The assignment “take a picture of a city park’ was accomplished.

I had wanted to go to the Oude Gracht first (one of the main channels in Utrecht) because I really loved the idea of taking pictures with the low-hanging fog and the wharfs. But the ride there already brought me a bunch of photo opportunities for a couple of the assignments. I wanted to make a picture of the Geertekerk for the Church assignment, but when I was there I saw a woman sitting on a bench with a dog. And I thought great that will be my picture for the assignment “take a picture of people on a bench”. But during the selection of the pictures I choose other pictures for these two assignments.

So I ended up an hour later than planned in the center of the city of Utrecht. Then I saw that the road to the Mariaplaats had been completely rebuilt. No more parking spaces for cars. A nice wide sidewalk. It was early and there was no one. I parked my car somewhere along that sidewalk. Because I had a picture in my head for the assignment what makes this city unique. A picture with a teapot in it. It always makes me smile. Whoever thought to put a gaint theapot on top of a building (Hoog Catharijne) right in the middle of the city. A building a lot of cars drive underneath. When I walked back to the car after taking that picture I saw the new street with its wide sidewalk with shops and behind them the majestical Domtoren (Dom Tower) with its 112 meters height of tower. It was such a wonderful beautiful sight. During editing, I converted this picture into black and white and my boyfriend saw the photo, he said “wow, it looks like a ’60s picture”. So this picture became the one I sent in for the Assignment Unique.

Then I drove up the parking garage (Springweg garage). On top of the garage you have a beautiful view of the city. I took some pictures there, and then I finally went to the channel and city wharfs. The first picture I took was somewhere before nine o’clock and there certainly was no low-hanging fog. I’ll have to come back another time I thought. It was still awfully quiet in the city. I love that! I saw some garbage on the ground there and saw two garbage men. This was also an excellent situation for the assignment Clutter. I took pictures there for more than an hour (assignment Low Angle). I had earned a cupcake and a smoothie, and it doesn’t get any better than at Broodnodig on the Mariaplaats! There I relaxed outside on a bench and watched all the activity taking place while a small market was starting up.

At half past ten I walked towards the Dom, because what makes Utrecht truly unique? The fact that this city has the highest church tower in the country with breathtaking views over the city and the region. A magnificent building on the Domplein (cathedral square). Utrecht’s symbol. 465 steps and over 112 meters high. You can even rent it as a wedding venue :). At that moment my kids and boyfriend joined me. Climbing the Dom is really nicer and more fun with others. And my seven year-old and 5 year-old climbed all those steps and descended them all by themselves! Of course I also took pictures during the climb and I selected one for the assignment High Angle. I discovered that on the highest point the symbol of Utrecht was placed (you can see that in the video).

During the selection there was also a great picture for the assignment Traffic & Movement (small detail: bicycle tire is lifted from the road). For the assignment Bench on a People I thought already had my picture begin the one of the lady at the Geertekerk … only my children had discovered a lovely courtyard. There were benches and one can sit quietly and enjoy the silence (!) And it had beautiful flowers and plants. There I made the picture for the assignment People on a Bench! Here too: watch the detail at the top of the picture 😉 It’s a dangerous place as the middle of Utrecht …

It was almost the end of the afternoon and it was time for an ice cream. We bought our ice cream at the cutest ice cream shop on wheels: Ik smelt voor jou. The Imeltforyou concept stands for artisan Italian ice cream on wheels! They only use the finest ingredients, without colorings and flavorings. And it was delicious!

Above you can find the pictures I selected for the challenge and the video I made which gives you an impression of a fun and intense day, which ultimately resulted in a family outing.

This website uses cookies to improve your experience while you navigate through the website. Out of these, the cookies that are categorized as necessary are stored on your browser as they are essential for the working of basic functionalities of the website. We also use third-party cookies that help us analyze and understand how you use this website. These cookies will be stored in your browser only with your consent. You also have the option to opt-out of these cookies. But opting out of some of these cookies may affect your browsing experience.
Necessary Altijd ingeschakeld
Necessary cookies are absolutely essential for the website to function properly. These cookies ensure basic functionalities and security features of the website, anonymously.
Functional
Functional cookies help to perform certain functionalities like sharing the content of the website on social media platforms, collect feedbacks, and other third-party features.
Performance
Performance cookies are used to understand and analyze the key performance indexes of the website which helps in delivering a better user experience for the visitors.
Analytics
Analytical cookies are used to understand how visitors interact with the website. These cookies help provide information on metrics the number of visitors, bounce rate, traffic source, etc.
Advertisement
Advertisement cookies are used to provide visitors with relevant ads and marketing campaigns. These cookies track visitors across websites and collect information to provide customized ads.
Others
Other uncategorized cookies are those that are being analyzed and have not been classified into a category as yet.
OPSLAAN & ACCEPTEREN